7 Characteristics That Separate A Boss From A Leader 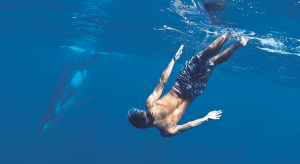 While a leader can be a boss, not every boss is a leader. Although leaders and bosses have nearly identical definitions, in effect, they are different in today’s competitive world.

Just the term “leader” evokes more positivity than that of “boss.” However, when people dream of getting to higher positions in life, business or politics, they dream more about being bosses than leaders.

A possible explanation for this is that being a leader requires much more responsibility in a job than being a boss, seeing as being the boss doesn’t necessarily require going above and beyond to impress a superior.

While a boss is mostly concerned with outcomes, a leader feels responsible for the process of that outcome and the people who see it out. Check out some major points that distinguish a leader from a boss:

1. Leaders lead rather than rule.

Throughout history, the best chiefs headed their troops in fights or campaigns or whatever. The troops were not afraid because their leader was right there with them. Leaders are there to lead the team forward and to move together.

2. Leaders listen and speak rather than command.

Bosses tend to give orders; they need their employees to listen and to obey. However, leaders always listen to the opinions of their colleagues and regard them as important.

Leaders are always ready for advising, discussion and any feedback an employee has to offer. This reciprocity makes any individual employee feel stronger and gives him or her confidence to follow the leader.

3. Leaders motivate rather than terrify.

While working on projects, people have their ups and downs. Through this roller coaster, bosses are more likely to intimidate into action while leaders will motivate to action.

One of the best things about leaders is that they offer empathy and prepare a group for the tasks at hand. This is very important, seeing as whenever colleagues are not prepared for certain duties, leaders are there to support, teach and back them up. Leaders know that each employee is on the team for a reason and they have faith in every concerted effort.

4. Leaders teach and learn rather than expect and ignore.

A true leader is the person who has self-esteem, but who is not arrogant nor embarrassed to learn from those with lower titles. They know that it is never late to learn more.

This explains the tendency of leaders to always pay attention to their colleagues, knowing there is always more to  learn from them. Moreover, leaders are not only takers, but givers, as well. A good leader is not greedy for sharing knowledge and experience with someone else; instead, the leader teaches and nurtures new professionals.

5. Leaders take part rather than stay aside.

While bosses choose to stay aside in the job, leaders take initiative. They watch over the progress of work, make adjustments where necessary and aid team members. They choose to be a part of the team rather than bossing the team around.

6. Leaders reprimand rather than scold or shout.

When necessary, a leader offers constructive criticism. However, a leader never scolds or shouts at any individual, especially in public. They do understand that they are dealing with people and no one has right to humiliate others. Rather, the leader talks to the person individually and without any spike in temper.

Anyone who has ever worked on a team knows what it feels like when the manager chooses his favorites and non-favorites. It always causes stress and tension among team members which compromises productivity.

A good leader tries to treat everyone equally and to not allow personal preferences affect the team dynamic.

During your life, you will face two kinds of managers: leaders and bosses. It does not matter how high the position of these individuals; bossy people are more likely to fail while those who lead will succeed.

Maybe the things I mentioned above do not make any sense for you now, but eventually, you will experience the difference and garner a greater understanding of which manager you prefer for your own professional life.