Richard Branson on What Makes a True Entrepreneur 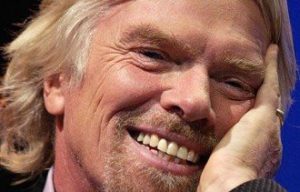 Q: My colleague and I have volunteered to create a one-day course on entrepreneurship at a school where I am currently a student. We think that entrepreneurship isn’t just a label for startup companies and their CEOs, but an attitude and approach that helps a person to take or make opportunities and develop them further. What do you think? — Noelle Decuypere

As a label, the word “entrepreneur” really is fascinating. When my friends and I were starting up our first Virgin businesses in the early ‘70s, no one seemed to understand what we were doing. Some important people called us entrepreneurs, but they used the word in a derogatory way, hinting that we were adventurers, out to upset the order of things, and perhaps not to be trusted. We certainly didn’t describe ourselves as entrepreneurs at that time, because that would have been met with some strange looks.

These days, the number of people who are working as entrepreneurs has increased so much that that this career path almost qualifies as a lifestyle choice. Defining “entrepreneur” has become more difficult because it now means so many different things to so many different people — all of us speak from our own experiences.

The thing is, our critics were partly right: We really were out to disrupt the order of things. Then and now, when we’re starting up a new Virgin business, we don’t just want to carry out a simple moneymaking exercise, but to make a positive change in people’s lives and give consumers a better deal. Whichever product or service we offer, we want it to be a lot better than all the rest.

Our approach, which I would describe as entrepreneurial, has proven to be a real advantage. For instance, all but one of Virgin Atlantic’s original competitors have gone out of business since we entered the market in the ‘90s. This happened for a number of reasons, but probably the most important one was their lack of innovation and bravery. We noticed this first when Virgin’s move into air travel was met with skepticism, and then after we showed the critics that air travelers wanted a different type of experience — flights that included entertainment and terrific service — we saw that most of our competitors were too slow to react.

From my perspective, an entrepreneur isn’t just someone who launches a business; the desire to innovate then prompts that person to keep on striving to make positive changes. Companies need to be flexible: This starts with the people at the top, who must have a real desire to disrupt new markets they enter, and to react nimbly to changing circumstances at established businesses. It’s also probably fair to say that you can be successful in business without being an entrepreneur — keeping the money coming in steadily without looking for the next opportunity to expand and improve.

What makes the difference is fearlessness. The best businesses offer a product or service that has never previously been available. While you can almost always conduct research and test the marketplace before a launch, an entrepreneur will always be, to some extent, jumping into the unknown, as the very nature of a new product means you’re venturing into new territory.

Very young people often have an advantage here, since they can approach business challenges without fear because they have nothing holding them back, no commitments, and in many ways nothing to lose. As a person’s career progresses, considerations such as looking after one’s family and paying the mortgage come into play.

If you think you have a game-changing idea and you too have such responsibilities, you are facing a true test of an entrepreneur. The best way to handle this is to not to let such factors rule your decision-making process, but to integrate them into it. Prepare for failure, protect your downside, and then go right ahead with the launch.

The other part of the equation is resilience. Despite the most careful planning and preparation, the vast majority of startups fail within the first year of business. What does this tell us? That entrepreneurs must not only cope with failure, but welcome it. There’s no shame in admitting that something isn’t working and going back to the drawing board — we’ve done our fair share of that at Virgin. This ability to bounce back will make the difference, allowing you and your team to apply yourselves to new goals wholeheartedly, without looking back.

So an entrepreneur is many things: a job creator, a game-changer, a business leader, an innovator, a disruptor. Most importantly, that entrepreneur is you, if you want to be one badly enough.