So you think you’re emotionally intelligent? 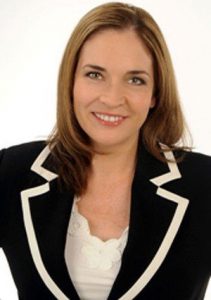 Emotional intelligence is an asset in all parts of life, none more so than in business.

Bosses with high EI will almost certainly have a big advantage in the heady corporate world as they are best equipped to bounce back from failures, embrace new technologies and market trends and lead from the front.

You may be an EI heavyweight if:

Stacey Ashley, owner of Ashley Coaching and Consulting, knows first-hand the value of using her EI to take a moment before venting.

Her knowledge has saved her corporate training and coaching business more than $100,000 since 2009.

“About four or five years ago I was working with someone to service clients and something happened that, to be honest, really really pissed me off,” shares Ashley, who is one of seven coaches on her team.

“Fortunately, rather than knee-jerk reacting, I stepped out of that moment when I was really angry and it resulted in retaining what has transpired to be business worth $20,000 to $40,000 per annum to this day.”

Ashley strongly advises others to tap their EI when they feel blind rage during business hours.

“Cooling down gave me time to remember that I could have misinterpreted the situation and that the other person – like most people – hadn’t intended to hurt me.”

Matt Balogh says he has built his entire research business on a business model demanding emotional intelligence of its staff.

The managing consultant at McNair Ingenuity Research founded the call centre in 2001 and says it started off focused on “mainstream” market research before evolving into a “one-of-a-kind” research company specialising in the collection of “very sensitive and difficult to access” survey findings across Australia’s multi-lingual, indigenous and marginalised communities.

Today his team includes more than 90 call centre workers including 44 multi-lingual interviewers, who speak a total of 23 languages.

Clients include the Department of Immigration, which last year engaged Balogh’s company to interview 1000 people deemed to be irregular maritime arrivals (IMA).

“IMA interviewees, for example, have experienced highly traumatic events in their lives, so our staff must therefore be equipped to conduct themselves with high emotional intelligence and sensitivity.”

Captive Films founder and creative director Brad Clark agrees EI is an invaluable commercial asset. It has empowered him to set boundaries, act decisively and forge partnerships with compatible clients, even if that sometimes means foregoing short-term monetary gain.

As recently as late 2013 he graciously declined a “fairly large bonus” from a potential new client in direct competition with an existing and valued client.

The offer would have boosted Clark’s television production and digital media business income by 20 per cent but was dependant on exclusivity.

“At that time, my established client only represented about 5 per cent of my business but I could see a lot of growth potential in that relationship and was working on future opportunities with them, even though they were not guaranteed,” he says.

Clark’s EI-based decision paid off – financially – to the tune of a 500 per cent increase in billable work from his incumbent client this year.

“There was a lot of pressure to just take the easy money but in the end it was an easy decision: I considered the established client more a long-term partnership than a transaction.”